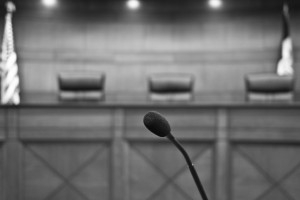 On August 30, 2007, the front page of the Daily Record featured an article reporting on Tom Minton’s recent victory in the Court of Appeals on behalf of investors and directors of a bankrupt bio-tech start-up company who had been charged with personal liability for the company’s alleged breach of its lease obligations.

The opinion marks the end of nearly five years of complex litigation between the individuals who controlled Frederick based Intracel Corp. and its former landlord at its Rockville laboratory and office site, ARE Acquisitions, LLP.

After Mr. Minton won partial dismissal of ARE’s 14-count Second Amended Complaint in Montgomery County Circuit Court, followed by summary judgment on the surviving counts, the Court of Special Appeals affirmed the result as to all but one count, sounding in “Trespass,” which it reversed and remanded for trial.

Mr. Minton persuaded the Court of Appeals to grant a petition for a writ of certiorari on that last remaining issue. The end result, a complete victory for G&M’s clients, is described in the Daily Record article, which you download here.