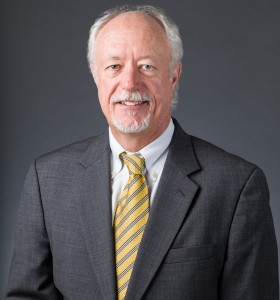 Thomas J. Minton is a 1978 graduate of Colgate University and a 1982 graduate of the Georgetown University Law Center. Upon graduation from law school, Mr. Minton worked (until 1984) at the Georgetown Institute of Criminal Law and Procedure. In 1984, Mr. Minton entered private practice with the Baltimore firm of Quinn, Ward & Kershaw, P.A. where he began his concentration on complex civil litigation, including insurance coverage and class actions.

Much of Mr. Minton’s practice over the past 20 years has focused on consumer class actions. He has been approved as class counsel in over a dozen cases since 1987 in both state and federal courts in Maryland, Virginia and elsewhere. Mr. Minton has acted as lead or co-lead class counsel in a number of these cases, including the following in recent years:

Mr. Minton served two years as chair of the Maryland State Bar Association’s Judicial Administration Section. He also served three years on the governing Council of the Tort and Insurance Practice Section of the ABA, and is a founding member and past chair of that Section’s Insurance Coverage Litigation Committee. From 1997 until 1999, Mr. Minton chaired the Section’s Task Force on Class Action Litigation. In 2001 Mr. Minton was appointed a member of the ABA’s Presidential Task Force on Class Action Litigation, where served until 2003, representing plaintiff and consumer interests in helping to formulate ABA policy on class action procedural reform legislation.

In 1995, Trial Lawyers for Public Justice honored Mr. Minton with the national Public Justice Achievement Award for his work as co-lead counsel on behalf of a class of consumers in a RICO class action filed in the United States District Court for the Eastern District of Virginia. He has been named a Maryland Super Lawyer by Super Lawyer Magazine since 2008, recognizing his status among the top 5% of lawyers in the region.