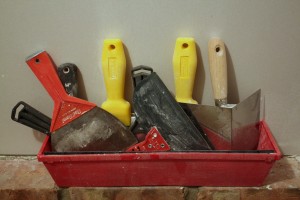 In a rare victory over forced arbitration of consumer claims, on February 19, 2010, the Court of Appeals of Maryland dismissed an appeal by Case Handyman and Remodeling Services in a class action lawsuit filed against Case by Thomas J. Minton and Goldman & Minton, P.C. on behalf of two Baltimore County homeowners, Judith and Albert Schuele.

The Schueles allege that Case, a national franchisor of home improvement companies, is liable for approximately $40,000 in damages they suffered when a Case franchisee, Professional Home Repair, Inc. (“PHR”) took a deposit from them on a substantial home improvement project and failed to do any work.

Several months after taking the deposit, PHR informed the Schueles that it no longer had their money. PHR soon filed for bankruptcy.

The complaint, brought under Maryland’s Consumer Protection Act and for fraud, focuses on Case’s deceptive marketing practices as franchisor, including statements like this:

“The Case brand gives consumers peace of mind, knowing their home improvement project will be done by a professional home repair specialist with no less than 10 years of experience. As we continue to expand, consumers can expect great service.”

Case claims that it is not responsible for its franchisee’s default, or for its own deceptive marketing.

The appeal arose from Case’s attempt to force the Schueles to arbitrate their claim, rather than proceed with a class action, and a jury trial, in circuit court.

The Maryland Court of Special Appeals reversed the trial court in October 2008, applying a hybrid version of federal law that the Supreme Court has never considered and on which the federal appellate courts are divided.

The Schueles appealed from the decision of the Court of Special Appeals. In October 2009, the Court of Appeals (Maryland’s highest court) heard argument on the issue of whether Case could benefit from the arbitration provision in a contract to which it was not even a party, but later asked for supplemental briefing on the question of whether Case could even appeal the trial court’s decision.

On February 19, the Court held that Case could not appeal the trial court’s ruling denying Case the right to compel arbitration. The action will be returned to the Circuit Court for Baltimore County where the Schueles will ask the court to certify the matter as a class action and set a schedule for discovery and trial. If approved, the class would include all other customers of PHP who were similarly damaged.