It’s easier to ask forgiveness than it is to get permission.
~Grace Hopper

Except when it isn’t.

Whether a model release should be sought from the subject of a photo depends on what the ultimate use of the photo is going to be. Clouding the issue is that, in most cases, the end use can’t always be predicted at the time the image is made.

While the rules vary from state to state, there are some common principles that can be considered when the end use of the image is for art, for illustrating a newsworthy topic or for commercial use.

Appropriation of Name or Likeness is: (i) the intentional taking, appropriation or use without consent; (ii) of another’s name or likeness; and (iii) for the benefit of the defendant. Putting someone’s likeness on a book cover, for example, that is meant for distribution may be considered “for the benefit of the defendant.” In many states, the person depicted must show that his name or image has independent commercial value before a claim will stand. Not so in New York. New York law does not permit the use of a person’s likeness for commercial purposes, advertising or trade without that person’s consent.

Unreasonable publicity given to private life, the elements of which are: (i) publicity; (ii) of facts which are not of valid concern to the public; and (iii) which would be highly offensive to the reasonable person. Taking pictures in a public location and in an open and overt manner, not secretively, will defeat an unreasonable publicity claim.

False light is: (i) publicity; (ii) of matters placing another in a false position by attributing to her characteristics, conduct or beliefs which are false; and (iii) in a manner which is highly offensive to a reasonable person. If the photo depicts the actions of an individual accurately, it is not actionable under a false light theory. However, this is the area of biggest risk if the individual is identifiable, almost any use of a photo can be argued to present a person in a false light.

Avoiding these claims is the reason model releases are desireable.

In 1999, Phillip-Lorca di Corcia started taking pictures of random individuals in Times Square. He set up his equipment to capture images of individual faces in sharp focus separating the person from the crowd. di Corcia collected the images he took over a three year span into a street photography exhibition called “Heads.” 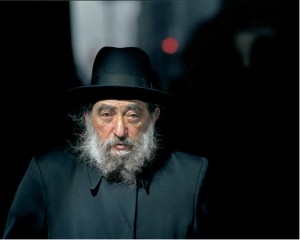 di Corcia’s purpose in making the images for “Heads” was to create art. He did not intend to license his work for use by others.

Erno Nussenzweig, an Orthodox Jew who was the subject of one of the photos, was not pleased to have his portrait included in the show and sued the photographer for invasion of privacy. The New York court decided that the photographer’s right to artistic expression outweighed Mr. Nussenzweig’s privacy rights.

The case was dismissed in what was widely viewed as a victory for the rights of street photographers. Those who advocate for increased rights of individual privacy were not as happy. Mr. Nussenzweig ended up garnering more unwanted attention by virtue of bringing the lawsuit (a common side effect of invasion of privacy/defamation lawsuits).

A photograph used for editorial purposes does not require a model release. Editorial use is when the photo is used to illustrate a story or provide context for the issues or events discussed in the accompanying article. 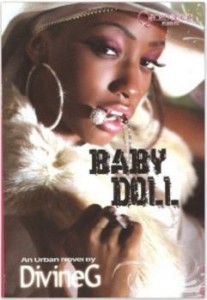 Tasleema Yasin on the cover of Baby Doll

The fact that a model release is not required under the newsworthy exception gives rise to what some consider an odd twist in the law: the subject of a photo can object to her photo appearing on a book cover, but not when used as an illustration for a news story that may have nothing to do with her.

Tasleema Yasin sued when her photo was used without consent on the cover of a book. The photographer did not have a release from the photo shoot he did with her years earlier when she hired him to take some promotional shots. The court held that using the photos on the cover of a book was not “artwork,” but was purely for marketing. Under New York law, that use is not permitted.

A photographer trying to build multiple income streams by creating stock photography for licensing will need to secure model releases in order to satisfy the requirements of the stock houses selling their work. A model release is evidence that the photographer had permission to take the photo and the subject consented to being photographed for the purpose of having her image sold.

For example, iStock will not accept certain photos without model releases even though a basic legal analysis would not suggest the need for one. 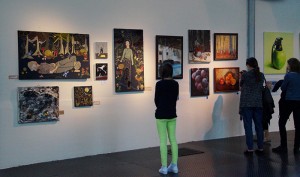 Under iStock’s guidelines, the photo on the right would require a model release because even though the person depicted is not identifiable, she is the focal point of the scene.

The photographer is closest to the subject and in the best position to ask for permission at the time of the shoot.

Photographers don’t always know how the photos they take are going to be used by the folks to whom they sell the images.

At the risk of further encouraging our permissions-reliant culture, asking forgiveness can be expensive which why getting a model release is the recommended course of action.

4 thoughts on “Model Releases: Who Needs Them and When are They Needed?”