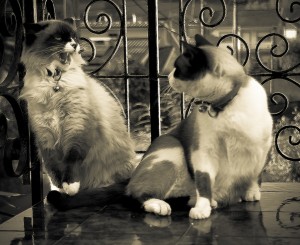 On August 27, 2014, the Court of Appeals of Maryland, the state’s highest court, confirmed a type of employment it calls “continuous for-cause” with a decision that can only be described as painfully obvious.

Continuous for-cause employment exists when there is a written employment contract containing a for-cause termination provision but no definite term of employment.

The facts involve siblings fighting over the family business. Mom and Dad built a good business selling storage solutions for warehouses. They decided to retire to Florida and transferred the business to the kids — a brother and two sisters.

The sisters become concerned that their brother was being less than honest with the direction of the cash flow. An attorney was hired to draft employment contracts for the siblings, each of whom was an executive in the company.

The employment contract signed by each of the siblings contains this termination for cause language:

4.2 Termination by the Company For Cause. The Company
may, at any time and without notice, terminate the Employee
for “cause”. Termination by the Company of the Employee for
“cause” shall include but not be limited to termination based
on any of the following grounds: (a) insubordination or refusal
to perform duties of employee’s position as directed by the
President of Company and affirmed by a majority vote of the
Directors; (b) fraud, misappropriation, embezzlement or acts
of similar dishonesty; (c) conviction of a felony involving
moral turpitude; (d) illegal use of drugs or excessive use of
alcohol in the workplace; (e) intentional and willful
misconduct that may subject the Company to criminal or civil
liability; (f) breach of the Employee’s duty of loyalty,
including the diversion or usurpation of corporate
opportunities properly belonging to the Company; (g) willful
disregard of Company policies and procedures; (h) material
breach of any of the terms herein; and (i) material
nonperformance or negligence in Employee’s performance of
her duties.

The siblings each also signed a stock purchase agreement that says if they ever get fired, they have to sell their stock back to the company.

None of this is unusual. Structuring an executive employment contract with for cause termination provisions coupled with a mandatory stock sale in the event of termination is common in Maryland. Not only common, but good practice. It clarifies everybody’s status and *should* reduce or eliminate the need for litigation.

Instead what happens is this — first, the brother leaves the business. The opinion gives us no details on why, but presumably he went quietly and according to the contract terms.

The two sisters are left running the business each owning 50%. Then, the one in charge decides to fire the other for — wait for it — her sales were “not very good.” If we look again at the “for cause” section of the employment agreement, there’s nothing in there about getting fired for having a bad sales year, or two.

The sister in charge doesn’t even try to make it a “for cause” termination based on poor performance. What the boss sister decides is that the contract doesn’t require a reason for termination.

Tens of thousands of dollars and years of judicial energy were spent straightening out this point for the sisters and for the edification of Maryland businesses, employees and employment lawyers. A point which should have been obvious.

This case should have been cut off at the pass in a lawyer’s office early on.

Unfortunately, the trial court encouraged the boss sister’s misdirected thought process by deciding that the contract was ambiguous. The missing “only” led to a three day hearing on what the parties intended when they signed the employment contract and the stock purchase agreement.

Somehow, the parties got themselves twisted up into an argument about whether the employment arrangement was “at will” or “for life” as if these were the only two options. This is when someone should have asked, “When did the dog become a cat?”

The trial court ultimately decided that the parties intended the employment agreement with a “for cause” termination provision and no specified duration to mean employment for life. The fired sister was awarded over $250,000.

Onward and Upward with an Appeal

The Court of Special Appeals (the first appellate court in Maryland) had to handle the boss sister’s continuing distress over the ill-conceived firing decision and resulting verdict.

The CSA explained the concept of “continuous for-cause” employment, that the choice is not between “at-will” and lifetime employment, and upheld the verdict. Boss sister was not to be deterred, however, and the case went up another level.

The Court of Appeals Lays It Out

The Court of Appeals affirmed the CSA and went on to explain the spectrum of employment relationships — in between “at will” employment and employment “for life” there is “continuous for-cause” employment.

This makes perfect sense, especially in a family business. No sister who owns 50% of the family business is going to sign a contract that is limited in duration to a couple of years worth of employment. But everyone is going to want the company to be able to terminate an executive for reasons like embezzlement or refusing to do the job.

The Court of Appeals supplies the word “only” that is missing in the employment agreement. When there is a “for cause” provision in an employment contract, the employee is no longer an “at will” employee and can *only* be fired for cause. That does not mean the employment is for life. What was once dicta, is now law.

This is one of the few employment law cases decided by the Court of Appeals in Maryland since Conte in 2004, and quite frankly, I’m disappointed.

I would have voted for a more meaningful subject of dispute after a 10-year hiatus — like, can you fire your sister for no cause when she holds 50% of the business and there is no contract.

Now that will be interesting.