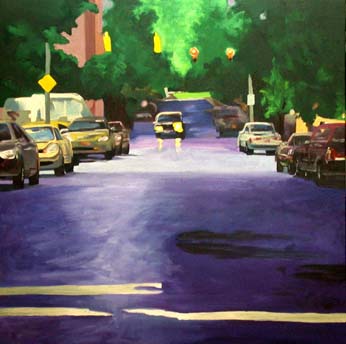 Goldman & Minton welcomes Nick Aumiller back to its gallery. Nick’s work will be showing here through September 2015.

Born in Baltimore on August 27, 1951, Nick Aumiller received a B.A. in printmaking and painting From UMBC in 1974, an MFA in painting from the Maryland Institute College of Art in 1980 (The Hoffberger School); and a Certificate in Art Education from The College of Notre Dame of Maryland in 1996.

Since the late seventies, he has completed fifteen murals. He has participated in many art festivals, competitions, and local art events. He has received numerous Artist-in-education grants from the Maryland State Arts Council, as well as Baltimore City & Private grants. 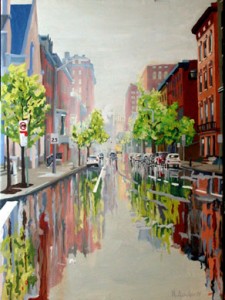 Cathedral Street in the Rain by Nick Aumiller

During his career he taught kindergarten, after school programs and gave private lessons.

In the mid-nineties he acquired a vintage enameling press which he adapted and employed to complete some two dozen assorted editions of color lithographs & etchings.

He continues to paint daily in oils and watches with avid interest the cultural and artistic climate of the new century.

Goldman & Minton has shown Nick’s work a number of times over the years and owns a piece in its private collection. 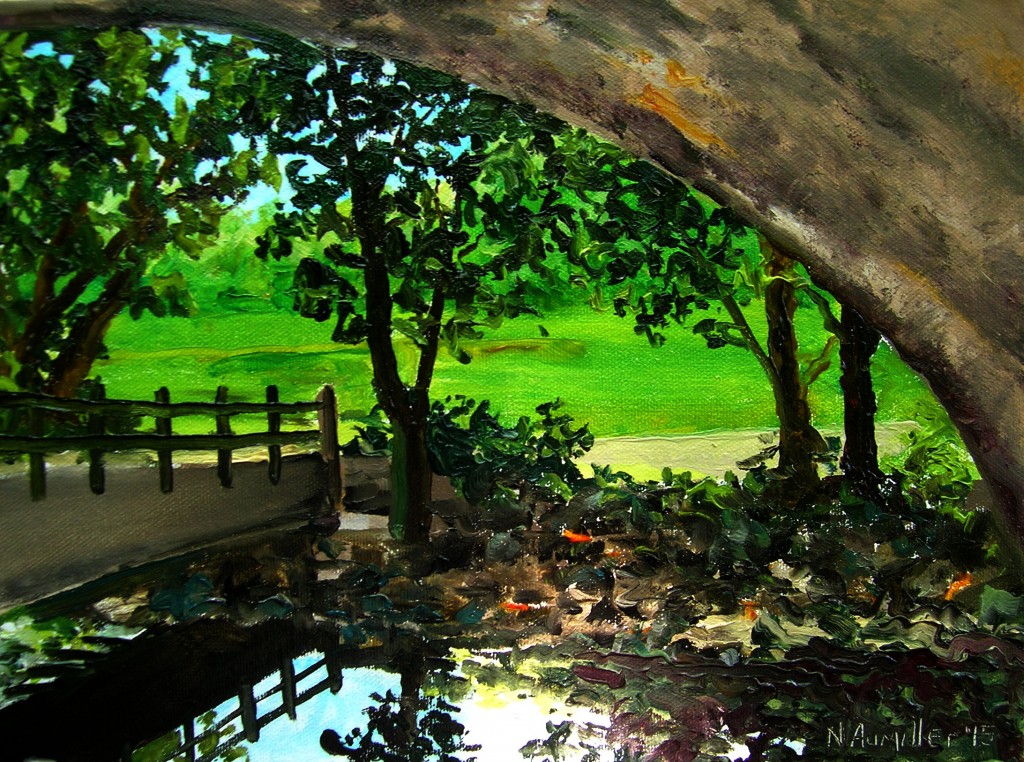