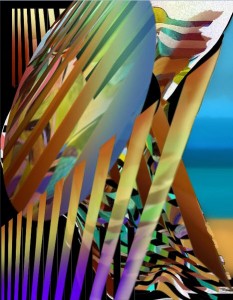 Helmut Licht is a graduate of the Maryland Institute College of Art (MICA) in Baltimore, Maryland.

Early on, Helmut studied music at Baltimore’s Peabody Conservatory of Music, majoring in composition. To earn his tuition, he taught dancing at the Arthur Murray School of Dancing, where he was awarded the Arthur Murray professional Gold Medal.

He received his BA from the Maryland Institute of Art and his MA from Towson University.

He taught for many years at Morgan State University and Towson University.

Shortly after Helmut showed his work at Goldman & Minton’s gallery, he began creating digital art. An example of which can be seen in the first image.

Here is an example of Helmut’s abstract work in oil on canvas: 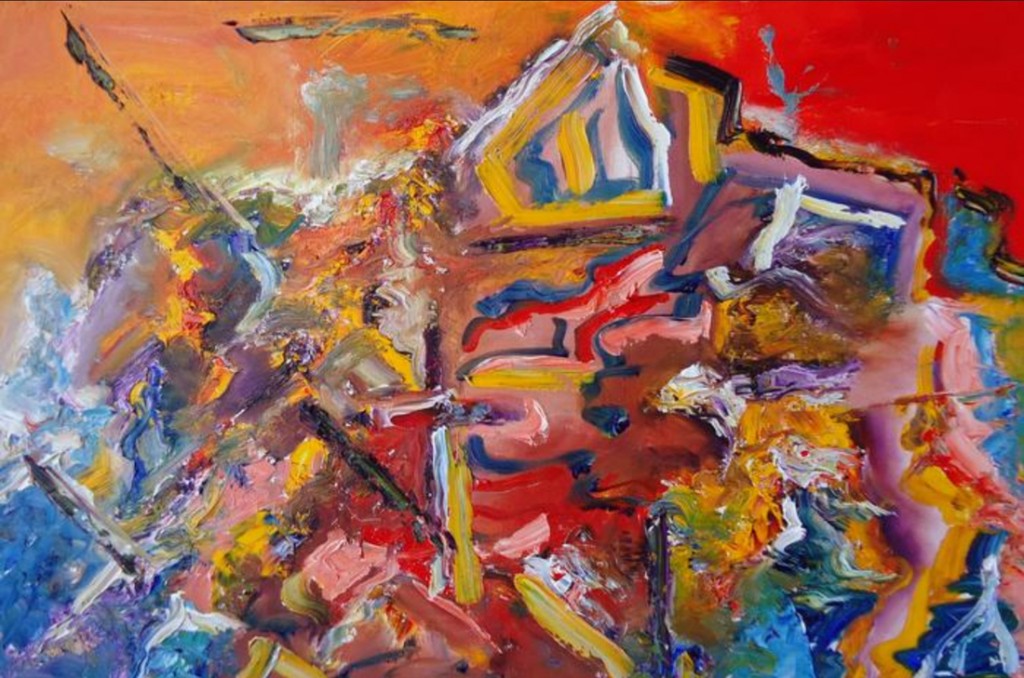 When he’s not immersed in his painting, he plays music, either solo or accompanied by his 14-piece Ballroom Big Band, for which he writes and arranges most of the music. For the past 20 years Helmut has been holding ‘Wednesday Night Ballroom Dancing,’ 15 years at the Belvedere and the last 5 years at the Parkville American Legion. 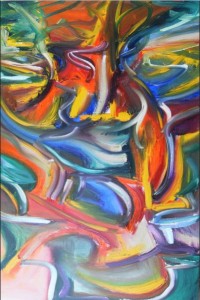 Goldman & Minton was pleased to be able to show Helmut’s work in their offices through Art Exposure.