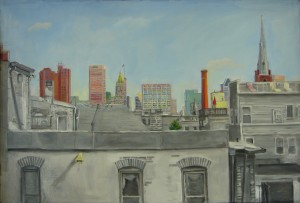 Patricia Bennett is a realist artist and plein air painter based in Baltimore, Maryland, and her current interests include landscapes, watercolor, and her “One Mile North One Mile South” urban series.

Her paintings have been exhibited in solo and group shows at the Orchard Gallery in Bethesda, Diddywopps & Keefers in Monkton, Antreasian Gallery in Baltimore, and Maryland Hall in Annapolis.

Among her honors, Ms. Bennett is a 2007 & 2005 Still Life Finalist in the national Artist Magazine.

She is a member of the Oil Painters of America, the International Guild of Realism, and the Mid-Atlantic Plein Air Painters Association.

Her paintings have appeared in Baltimore Magazine and The Baltimore Sun. From 2005 to 2007 she was a juried resident artist at the School 33 Art Center in Baltimore. 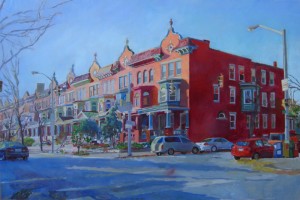 Patricia Bennett received a B.A. from Reed College in Portland, Oregon in physics. She earned a certificate of matriculation from the four-year atelier program at the Schuler School of Fine Arts in Baltimore, after studying for a year at the Art Institute of Chicago. 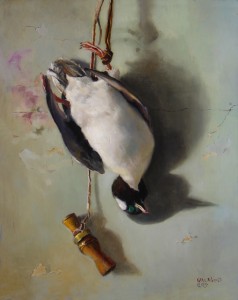 She engages commissions, teaches private lessons, and is developing new ideas and paintings.